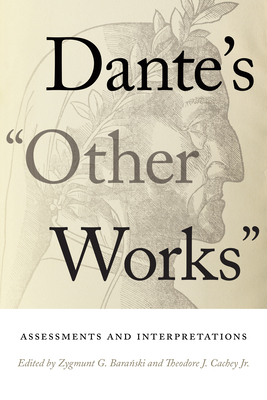 Prominent Dante scholars from the United States, Italy, and the United Kingdom contribute original essays to the first critical companion in English to Dante's "other works."

Rather than speak of Dante's "minor works," according to a tradition of Dante scholarship going back at least to the eighteenth century, this volume puts forward the designation "other works" both in light of their enhanced status and as part of a general effort to reaffirm their value as autonomous works. Indeed, had Dante never written the Commedia, he would still be considered the most important writer of the late Middle Ages for the originality and inventiveness of the other works he wrote besides his monumental poem, including the Rime, the Fiore, the Detto d'amore, the Vita nova, the Epistles, the Convivio, the De vulgari eloquentia, the Monarchia, the Egloge, and the Questio de aqua et terra. Each contributor to this volume addresses one of the "other works" by presenting the principal interpretative trends and questions relating to the text, and by focusing on aspects of particular interest. Two essays on the relationship between the "other works" and the issues of philosophy and theology are included. Dante's "Other Works" will interest Dantisti, medievalists, and literary scholars at every stage of their career.