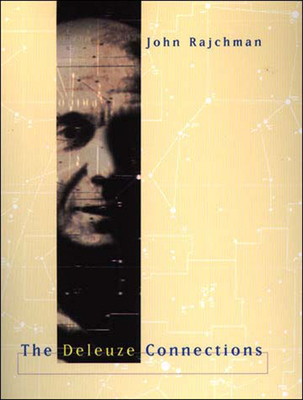 
Special Order—Subject to Availability
The first book to present Gilles Deleuze's philosophy in language the nonphilosopher can understand.

This book is a map of the work of Gilles Deleuze—the man Michel Foucault would call the "only real philosophical intelligence in France." It is not only for professional philosophers, but for those engaged in what Deleuze called the "nonphilosophical understanding of philosophy" in other domains, such as the arts, architecture, design, urbanism, new technologies, and politics. For Deleuze's philosophy is meant to go off in many directions at once, opening up zones of unforeseen connections between disciplines.

Rajchman isolates the logic at the heart of Deleuze's philosophy and the "image of thought" that it supposes. He then works out its implications for social and cultural thought, as well as for art and design—for how to do critical theory today. In this way he clarifies the aims and assumptions of a philosophy that looks constantly to invent new ways to affirm the "free differences" and the "complex repetitions" in the histories and spaces in which we find ourselves. He looks at the particular realism and empiricism that this affirmation implies and how they might be used to diagnose new forces confronting us today. In the process, he explores the many connections that Deleuze himself constructs in working out his philosophy, with the arts, political movements, even the neurosciences and artificial intelligence.