Between Humanities and the Digital (Hardcover) 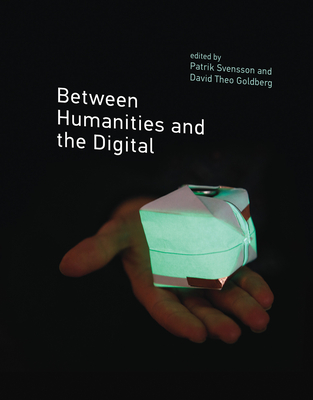 Between Humanities and the Digital (Hardcover)


Not On Our Shelves—Ships in 1-5 Days
Scholars from a range of disciplines offer an expansive vision of the intersections between new information technologies and the humanities.

Between Humanities and the Digital offers an expansive vision of how the humanities engage with digital and information technology, providing a range of perspectives on a quickly evolving, contested, and exciting field. It documents the multiplicity of ways that humanities scholars have turned increasingly to digital and information technology as both a scholarly tool and a cultural object in need of analysis.

The contributors explore the state of the art in digital humanities from varied disciplinary perspectives, offer a sample of digitally inflected work that ranges from an analysis of computational literature to the collaborative development of a “Global Middle Ages” humanities platform, and examine new models for knowledge production and infrastructure. Their contributions show not only that the digital has prompted the humanities to move beyond traditional scholarly horizons, but also that the humanities have pushed the digital to become more than a narrowly technical application.

William Thomas is a Senior Historian at History Associates, Inc., in Rockville, Maryland.

Todd Presner is Ross Professor of Germanic Languages, Chair of the Digital Humanities Program, and Associate Dean of Digital Innovation at UCLA, where is is also a leader of the Urban Humanities Initiative, a UCLA program sponsored by the Andrew W. Mellon Foundation.

Henry Jenkins is Provost's Professor of Communication, Journalism and Cinematic Arts at the Annenberg School for Communication, University of Southern California. He is the coeditor of From Barbie to Mortal Kombat: Gender and Computer Games (MIT Press, 1998).

Ian Bogost is Ivan Allen College Distinguished Chair in Media Studies and Professor of Interactive Computing at the Georgia Institute of Technology, a Founding Partner at Persuasive Games LLC, and the coauthor of Newsgames: Journalism at Play (MIT Press, 2010).

Nick Montfort is Professor of Digital Media at MIT. He is the author of Twisty Little Passages: An Approach to Interactive Fiction and Exploratory Programming for the Arts and Humanities; the coauthor of Racing the Beam: The Atari Video Computer System and 10 PRINT CHR$(205.5+RND(1)); : GOTO 10; and the coeditor of The New Media Reader (all published by the MIT Press).

Larissa Hjorth is Distinguished Professor and Director of Design and Creative Practice at RMIT University in Melbourne. She is coauthor of Screen Ecologies (MIT Press).

Matthew G. Kirschenbaum is Associate Professor in the Department of English at the University of Maryland and the author of the award-winning Mechanisms: New Media and the Forensic Imagination (MIT Press).

Elizabeth Losh directs the Culture, Art, and Technology Program at Sixth College at the University of California, San Diego. She is the author of Virtualpolitik: An Electronic History of Government Media-Making in a Time of War, Scandal, Disaster, Miscommunication, and Mistakes (MIT Press) and the coauthor of Understanding Rhetoric: A Graphic Guide to Writing.

Jennifer A. González is Associate Professor in the History of Art and Visual Culture Department at the University of California, Santa Cruz. Her essays and reviews have appeared in Frieze, World Art, Diacritics, Art Journal, Bomb, numerous exhibition catalogs, and anthologies, including With Other Eyes: Looking at Race and Gender in Visual Culture and Race in Cyberspace.

Tara McPherson is Associate Professor in the School of Cinematic Arts at the University of Southern California.

N. Katherine Hayles is Professor of English and Design/Media Arts at the University of California at Los Angeles.