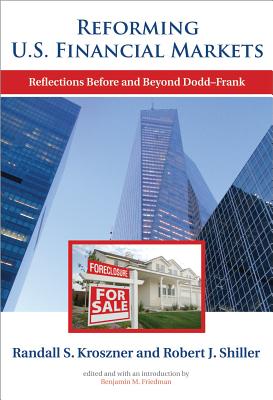 Over the last few years, the financial sector has experienced its worst crisis since the 1930s. The collapse of major firms, the decline in asset values, the interruption of credit flows, the loss of confidence in firms and credit market instruments, the intervention by governments and central banks: all were extraordinary in scale and scope. In this book, leading economists Randall Kroszner and Robert Shiller discuss what the United States should do to prevent another such financial meltdown. Their discussion goes beyond the nuts and bolts of legislative and regulatory fixes to consider fundamental changes in our financial arrangements.

Robert J. Shiller is Arthur M. Okun Professor of Economics at Yale University.He is the author of Irrational Exuberance, Animal Spirits: How Human Psychology Drives the Economy and Why It Matters for GlobalCapitalism (with George B. Akerlof), and other books.