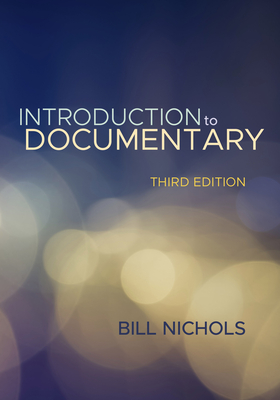 The third edition of Bill Nichols's best-selling text provides an up-to-date introduction to the most important issues in documentary history and criticism. A new chapter, "I Want to Make a Documentary: Where Do I Start?" guides readers through the steps of planning and preproduction and includes an example of a project proposal for a film that went on to win awards at major festivals. Designed for students in any field that makes use of visual evidence and persuasive strategies, Introduction to Documentary identifies the genre's distinguishing qualities and teaches the viewer how to read documentary film. Each chapter takes up a discrete question, from "How did documentary filmmaking get started?" to "Why are ethical issues central to documentary filmmaking?" Here Nichols has fully rewritten each chapter for greater clarity and ease of use, including revised discussions of earlier films and new commentary on dozens of recent films from The Cove to The Act of Killing and from Gasland to Restrepo.

Bill Nichols is Professor Emeritus of Cinema at San Francisco State University. He is author of Representing Reality: Issues and Concepts in Documentary (IUP), Blurred Boundaries: Questions of Meaning in Contemporary Culture (IUP), and Speaking Truths with Film: Evidence, Ethics, Politics in Documentary.