Longing and Other Stories (Paperback) 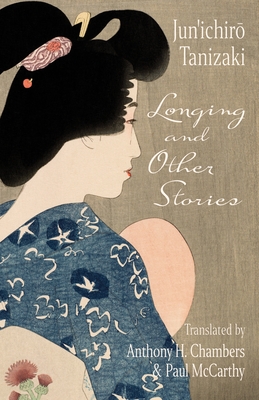 Longing and Other Stories (Paperback)


In Stock—Click for Locations
Jun'ichirō Tanizaki (1886-1965) was born in Tokyo and lived there until the 1923 earthquake, when he moved to western Japan. His many classic novels include Quicksand, Some Prefer Nettles, and Diary of a Mad Old Man. At the time of his death, he was on the shortlist for the Nobel Prize in Literature. Anthony H. Chambers is professor emeritus of Japanese at Arizona State University. He has translated many works by Tanizaki, including Naomi (1985), and he is also the translator of Ueda Akinari's Tales of Moonlight and Rain (Columbia, 2006). Paul McCarthy is professor emeritus of contemporary culture at Surugadai University. His many translations of Tanizaki include A Cat, A Man, and Two Women (2015), and he has also translated other Japanese writers including Atsushi Nakajima and Mieko Kanai. Chambers and McCarthy's recent cotranslations of Tanizaki's short fiction include Red Roofs and Other Stories (2016) and The Gourmet Club (2017).