Free Indirect: The Novel in a Postfictional Age (Paperback) 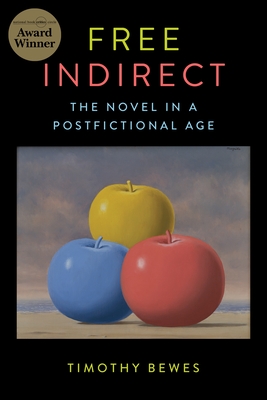 Free Indirect: The Novel in a Postfictional Age (Paperback)

Everywhere today, we are urged to "connect." Literary critics celebrate a new "honesty" in contemporary fiction or call for a return to "realism." Yet such rhetoric is strikingly reminiscent of earlier theorizations. Two of the most famous injunctions of twentieth-century writing-E. M. Forster's "Only connect . . ." and Fredric Jameson's "Always historicize "-helped establish connection as the purpose of the novel and its reconstruction as the task of criticism. But what if connection was not the novel's modus operandi but the defining aesthetic ideology of our era-and its most monetizable commodity? What kind of thought is left for the novel when all ideas are acceptable as long as they can be fitted to a consumer profile?

This book develops a new theory of the novel for the twenty-first century. In the works of writers such as J. M. Coetzee, Rachel Cusk, James Kelman, W. G. Sebald, and Zadie Smith, Timothy Bewes identifies a mode of thought that he calls "free indirect," in which the novel's refusal of prevailing ideologies can be found. It is not situated in a character or a narrator and does not take a subjective or perceptual form. Far from heralding the arrival of a new literary genre, this development represents the rediscovery of a quality that has been largely ignored by theorists: thought at the limits of form. Free Indirect contends that this self-awakening of contemporary fiction represents the most promising solution to the problem of thought today.