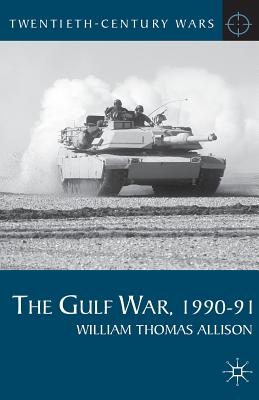 In August 1990, Saddam Hussein's Iraqi forces boldly invaded and occupied neighboring Kuwait. It was a move that shocked the world and threatened the interests of those countries, such as the USA and the nations of Europe, dependent on oil from the Middle East. The ensuing Gulf War signaled, for many, a new dawn in warfare: one based upon lethal technology, low casualties, and quick decisive victory.

"William Allison has written a concise, highly readable account of the 1991 Gulf War. Students of History and International Affairs will especially welcome its thorough exploration of the reasons behind the conflict and President George H.W. Bush's building of the impressive international coalition that drove the Iraqi army from Kuwait." - Professor Spencer Tucker, Virginia Military Institute