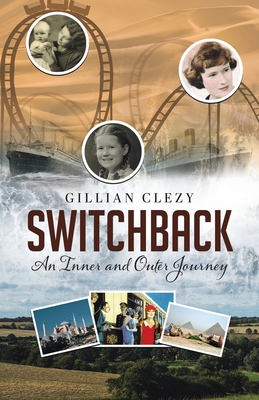 This memoir explores the beginnings of a long and eventful life, tracing inner and outer journeys that began in England on April Fool's Day 1937.

As a babe in her mother's arms, Gillian was soon travelling on the Orient Express to Istanbul just before the outbreak of World War II. Two happy years growing up in Istanbul were followed by a series of eventful and dangerous wartime journeys. With just her mother, a very young Gillian travelled through Palestine, Egypt, South Africa and the North and South Atlantic Oceans. They managed to slip through the German blockade of the United Kingdom and eventually found themselves back in a war-torn England with its air raids and severe rationing. Her life had become a roller coaster, or Switchback. After the war Gillain, now on her own, experienced the challenges of a journey back to England, boarding school, university and a growing social life.

Gillian shares many of her intense experiences and reflects on their long-term effects, using her expertise as a qualified Jungian analytical psychologist. These unique experiences include people, places and customs; mosques and minarets; donkeys and monkeys; stormy seas and pyramids; desert and iceberg; joy and danger; eight homes, seven schools and university.

As well as Gillian's Jungian theoretical background, this memoir is informed by her somewhat ecumenical Christian faith. These two perspectives have shaped her life so far and have helped to answer some of the whys, wheres, hows and whos of her journey.

Gillian's inner and outer journeys have been full of faith, challenge, interest, love, sorrow, danger and straight-out joy-with no regrets.