The NHL in Pictures and Stories: The Definitive History (Paperback) 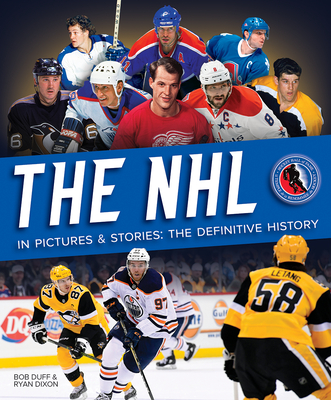 The NHL in Pictures and Stories: The Definitive History (Paperback)


Not On Our Shelves—Ships in 1-5 Days
Bob Duff is a veteran sports writer who has covered the Stanley Cup Final, World Cup of Hockey, Super Bowl and the World Series, among other major sporting events, for a variety of news outlets, including: MSNBC.com, the Windsor Star and The Hockey News. His books include The China Wall: The Timeless Legend of Johnny Bower, Nine: A Tribute To Gordie Howe, and The History of Hockeytown. Ryan Dixon is a writer at large with Canada's premier sports network, Sportsnet. He is also the author of Hockey's Young Guns.