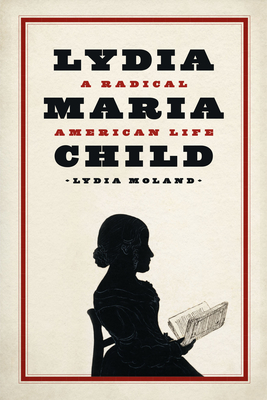 
On Our Shelves Now at:
A compelling biography of Lydia Maria Child, one of nineteenth-century America’s most courageous abolitionists.

By 1830, Lydia Maria Child had established herself as something almost unheard of in the American nineteenth century: a beloved and self-sufficient female author. Best known today for the immortal poem “Over the River and through the Wood,” Child had become famous at an early age for spunky self-help books and charming children’s stories. But in 1833, Child shocked her readers by publishing the first book-length argument against slavery in the United States—a book so radical in its commitment to abolition that friends abandoned her, patrons ostracized her, and her book sales plummeted. Yet Child soon drew untold numbers to the abolitionist cause, becoming one of the foremost authors and activists of her generation.

Lydia Maria Child: A Radical American Life tells the story of what brought Child to this moment and the extraordinary life she lived in response. Through Child’s example, philosopher Lydia Moland asks questions as pressing and personal in our time as they were in Child’s: What does it mean to change your life when the moral future of your country is at stake? When confronted by sanctioned evil and systematic injustice, how should a citizen live? Child’s lifetime of bravery, conviction, humility, and determination provides a wealth of spirited guidance for political engagement today.
Lydia Moland is professor of philosophy at Colby College. Her scholarship in German philosophy, including Hegel’s Aesthetics: The Art of Idealism, has been supported by the National Endowment for the Humanities, the ACLS, and the American Academy in Berlin. Her work on Lydia Maria Child has appeared in the Paris Review, the Boston Globe, the Washington Post, and on National Public Radio.

"Moland wants us to think hard about what we owe each other as citizens and human beings. In that sense she has produced a call to arms, an almanac for activists, as well as an ample, honest, and immensely readable book."
— Wall Street Journal

“[Lydia Maria Child was] a remarkable woman who needs to be remembered as one of the nineteenth century’s most influential Abolitionists. . . . A work of exemplary scholarship, Moland’s definitive biography of Child is extremely well written and invites both an academic and general readership."

“After the 2016 presidential election. . . Moland discovered Child, a woman, she later learned, ‘unwilling to accept the conventional wisdom of her time and unable to abide by its norms.’ . . . Moland began to wonder, ‘What could the example of her life teach me?’ And 'does the world need another white hero?' Moland’s Lydia Maria Child: A Radical American Life answers. . . . 'We might not need more white heroes,' she writes, 'but I have come to believe that white Americans like me need more examples like hers.'"
— New York Review of Books

“Lydia Maria Child was one of the few great intellectual freedom fighters in nineteenth-century America. Moland’s magisterial book takes us in and through Child’s rich world and life in an exemplary manner. Don’t miss this powerful text on a giant still so relevant to our bleak times.”
— Cornel West, author of 'Race Matters'

“This is a biography on a mission. As Moland shows us, to discover Child is to discover ourselves, revealing the best and worst of who we are. Moland is at her best when eviscerating the flawed arguments of Child’s opponents, arguments that, she reminds us, are ubiquitous even today. This is a brilliantly written book: stylish, witty, barbed yet sympathetic.”
— Laura Dassow Walls, author of 'Henry David Thoreau: A Life'

“Moland’s exuberant new biography gives us a Lydia Maria Child for the twenty-first century: a woman of fierce intelligence and astonishing ingenuity who never gave up the struggle to right the wrongs of enslavement and its legacy of race prejudice. Moland writes with a philosopher’s instinct to question both herself and the evidence she uncovers, yielding an intimate portrait that is also a history of America’s centuries-long reckoning with its founding principles.”
— Megan Marshall, Pulitzer Prize–winning author of 'Margaret Fuller: A New American Life'