Sunday in Hell: Behind the Lens of the Greatest Cycling Film of All Time (Hardcover) 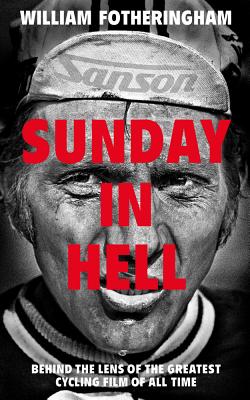 Sunday in Hell: Behind the Lens of the Greatest Cycling Film of All Time (Hardcover)

The Paris-Roubaix Classic: 273 kilometers of torment across the bone-crunching pavé of northern France. In 1976 the celebrated Danish film director, Jørgen Leth, embarked on an ambitious project to capture the spirit of this spectacular and cruel one-day race. The resulting film, A Sunday in Hell, has become the most admired cycling documentary of all time, and its revolutionary camera and sound techniques have forever changed the way the sport is viewed on screen. This book observes the creativity of Leth and his collaborators, explores the lives of riders such as unlikely winner Marc Demeyer, and revisits locations which have changed little to this day.

William Fotheringham is the author of Half Man, Half Bike and Cyclopedia. He is a racing cyclist and launch editor of Procycling and Cycle Sport magazines.
"William Fotheringham . . . Can legitimately stake a claim to being the Bard of the Bike, the most prolific and mythic of cycling writers, the Ernest Hemingway of two wheels." —Independent

"There are few finer scribes on the subject in this country than William Fotheringham." —Yorkshire Magazine

"Arguably the best film ever made about professional cycling." -—International Film Guide

"You can see every bead of sweat on the cyclists and every smashed-up ankle. It really makes you never want to get on a bike again. But it is an amazing film." —Nick Fraser, BBC commissioning editor