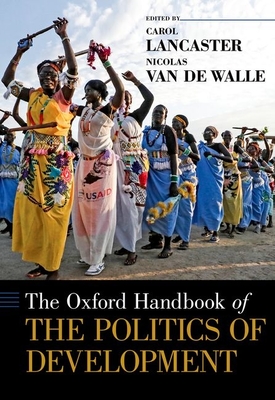 
Not On Our Shelves—Ships in 1-5 Days
(This book cannot be returned.)
In many discussions of nations' development, we often focus on their economic and social development. Is it becoming wealthier? Is its society modernizing? Is it becoming more technologically sophisticated? Are social outcomes improving for the broad mass of the public? The process of development policy implementation, however, is always and inevitably political. Put simply, regime type matters when it comes to deciding on a course of development to follow. Further, political institutions matter. When a government's institutional capacity is low, the chances of success severely decline, regardless of the merits of the development plan. In The Oxford Handbook of the Politics of Development, two of America's leading political scientists on the issue, Carol Lancaster and Nicolas van de Walle, have assembled an international cast of leading scholars to craft a broad, state-of-the-art work on this vitally important topic. This volume is divided into five sections: major theories of the politics of development, organized historically (e.g. modernization theory, dependency theory, the Washington consensus of 'policies without politics, ' etc.); key domestic factors and variables; key international factors and variables; political systems and structures; and geographical perspectives, inclusive of regional dynamics. A comprehensive and cross-regional examination on key issues of political development, this Handbook not only provides an authoritative synthesis of past scholarship, but also sets the agenda for future research in this discipline.

The late Carol Lancaster was Dean and Professor of Politics at Georgetown University School of Foreign Service. Nicolas van de Walle is Professor of Government at Cornell University.