Retributivism Has a Past: Has It a Future? (Studies in Penal Theory and Philosophy) (Hardcover) 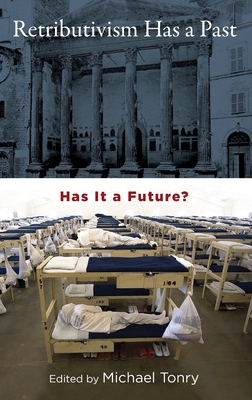 Retributivism Has a Past: Has It a Future? (Studies in Penal Theory and Philosophy) (Hardcover)


Not On Our Shelves—Ships in 1-5 Days
(This book cannot be returned.)
For nearly two centuries in the United States, the punishment of crime was largely aimed, in theory and in practice, at prevention, rehabilitation or incapacitation, and deterrence. In the mid-1970s, a sharp-and some argued permanent-shift occurred. Punishment in the criminal justice system became first and foremost about retribution. Retribution trumped rehabilitation; proportionality outweighed prevention. The retributivist sea change was short-lived, however. After a few decades, some policy makers returned tentatively to individualized approaches to punishment, launching initiatives like drug courts and programs for treatment and reentry. Others promoted policies that retained the rhetoric but betrayed the theory-punishment in proportion to culpability-of retributivism, resulting in mandatory minimum sentences, three-strikes-and-you're-out laws, dangerous offender and sexual predator laws, truth in sentencing, and life without the possibility of parole. What now for retributivism? Retributivism Has a Past: Has It a Future? brings thoughtfulness and rigor back into the retributivism debate. This collection of essays trains some of the most influential and brightest established and up-and-coming legal and philosophical minds on how retributivism does, might, or should affect contemporary policy and practices. The volume's aim is neither to condemn nor to justify, but to take new policies and practices seriously and examine them closely. At a time when criminal-justice policy makers are forced to reconsider contemporary approaches to punishment and attempt to devise new ones, Retributivism Has a Past: Has It a Future? offers serious theoretical critiques of the recent past and justifications for possible futures.

Michael Tonry is Professor of Law and Public Policy, University of Minnesota Law School, and Senior Fellow at the Netherlands Institute for the Study of Crime and Law Enforcement, Free University Amsterdam.