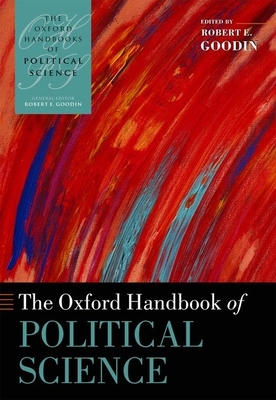 
Not On Our Shelves—Ships in 1-5 Days
Drawing on the rich resources of the ten-volume series of The Oxford Handbooks of Political Science, this one-volume distillation provides a comprehensive overview of all the main branches of contemporary political science: political theory; political institutions; political behavior; comparative politics; international relations; political economy; law and politics; public policy; contextual political analysis; and political methodology. Sixty-seven of the top political scientists worldwide survey recent developments in those fields and provide penetrating introductions to exciting new fields of study. Following in the footsteps of the New Handbook of Political Science edited by Robert Goodin and Hans-Dieter Klingemann a decade before, this Oxford Handbook of Political Science will become an indispensable guide to the scope and methods of political science as a whole. It will serve as the reference book of record for political scientists and for those following their work for years to come.

Robert E. Goodin is Distinguished Professor of Social & Political Theory and Philosophy in the Research School of Social Sciences at Australian National University. He is a Corresponding Fellow of the British Academy, founding editor of The Journal of Political Philosophy and general editor of the ten-volume series of Oxford Handbooks of Political Science. His work straddles democratic theory (eg. Reflective Democracy, OUP 2003), empirical welfare-state studies (eg. The Real Worlds of Welfare Capitalism; Discretionary Time) and theoretical reflections on public policy (eg. Social Welfare as an Individual Responsibility; What's Wrong with Terrorism? ).