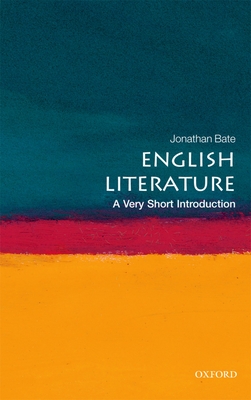 
In Stock—Click for Locations
A renowned critic, biographer, and Shakespeare scholar, Jonathan Bate provides in this Very Short Introduction a lively and engaging overview of the literature that Jorge Luis Borges called the richest in the world. From the medieval Hymn of Caedmon to George Orwell's Why I Write, from
Jane Austen to Ian McEwan, and from Winnie the Pooh to Dr. Johnson, this brilliant, compact survey stretches across the centuries, exploring the major literary forms (poetry, novel, drama, essay and more), the many histories and theories of the very idea of literature, and the role of writers in
shaping English, British, and post-imperial identities. Bate illuminates the work of Chaucer, Shakespeare, Wordsworth, Dickens, and many other major figures of English literature. He looks at the Renaissance, Romanticism, and Modernism, at the birth of the novel and the Elizabethan invention of the
idea of a national literature, and at the nature of writing itself. Ranging from children's literature to biography, this is an indispensable guide and an inspiration for anyone interested in England's magnificent literary heritage.

Jonathan Bate is Professor of Shakespeare and Renaissance Literature at the University of Warwick. A best-selling author and an authority on Shakespeare, he is a Fellow of the British Academy and a Governor of the Royal Shakespeare Company.