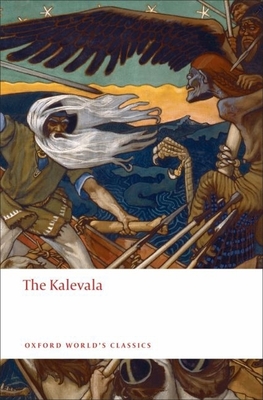 
Not On Our Shelves—Ships in 1-5 Days
The Kalevala is the great Finnish epic, which like the Iliad and the Odyssey, grew out of a rich oral tradition with prehistoric roots. During the first millennium of our era, speakers of Uralic languages (those outside the Indo-European group) who had settled in the Baltic region of Karelia, that straddles the border of eastern Finland and north-west Russia, developed an oral poetry that was to last into the nineteenth century. This poetry provided the basis of the Kalevala. It was assembled in the 1840s by the Finnish scholar Elias L nnrot, who took dictation' from the performance of a folk singer, in much the same way as our great collections from the past, from Homeric poems to medieval songs and epics, have probably been set down. Published in 1849, it played a central role in the march towards Finnish independence and inspired some of Sibelius's greatest works. This new and exciting translation by poet Keith Bosley, prize-winning translator of the anthology Finnish Folk Poetry: Epic, is the first truly to combine liveliness with accuracy in a way which reflects the richness of the original. About the Series: For over 100 years Oxford World's Classics has made available the broadest spectrum of literature from around the globe. Each affordable volume reflects Oxford's commitment to scholarship, providing the most accurate text plus a wealth of other valuable features, including expert introductions by leading authorities, voluminous notes to clarify the text, up-to-date bibliographies for further study, and much more.