Afterwar: Healing the Moral Wounds of Our Soldiers (Hardcover) 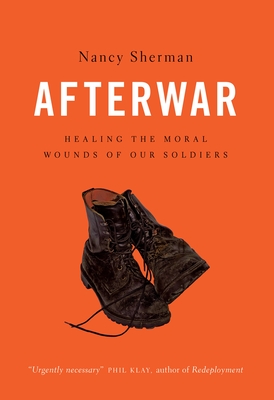 Afterwar: Healing the Moral Wounds of Our Soldiers (Hardcover)


Not On Our Shelves—Ships in 1-5 Days
Movies like American Sniper and The Hurt Locker hint at the inner scars our soldiers incur during service in a war zone. The moral dimensions of their psychological injuries--guilt, shame, feeling responsible for doing wrong or being wronged-elude conventional treatment. Georgetown philosophy professor Nancy Sherman turns her focus to these moral injuries in Afterwar. She argues that psychology and medicine alone are inadequate to help with many of the most painful questions veterans are bringing home from war. Trained in both ancient ethics and psychoanalysis, and with twenty years of experience working with the military, Sherman draws on in-depth interviews with servicemen and women to paint a richly textured and compassionate picture of the moral and psychological aftermath of America's longest wars. She explores how veterans can go about reawakening their feelings without becoming re-traumatized; how they can replace resentment with trust; and the changes that need to be made in order for this to happen-by military courts, VA hospitals, and the civilians who have been shielded from the heaviest burdens of war. 2.6 million soldiers are currently returning home from war, the greatest number since Vietnam. Facing an increase in suicides and post-traumatic stress, the military has embraced measures such as resilience training and positive psychology to heal mind as well as body. Sherman argues that some psychological wounds of war need a kind of healing through moral understanding that is the special province of philosophical engagement and listening.

Nancy Sherman, University Professor at Georgetown and Guggenheim Fellow (2013-2014) served as the Inaugural Distinguished Chair in Ethics at the United States Naval Academy. A philosopher with research training in psychoanalysis, she lectures worldwide on moral injury, the emotions, resilience, and military ethics. She is the author also of The Untold War and Stoic Warriors.