This Volcanic Isle: The Violent Processes That Forged the British Landscape (Hardcover) 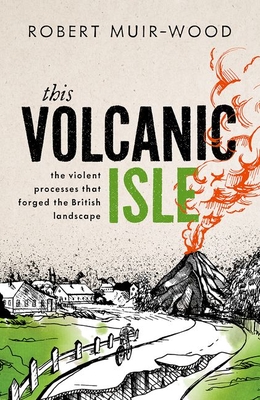 This Volcanic Isle: The Violent Processes That Forged the British Landscape (Hardcover)


Coming Soon—Pre-Order Now
From the natural geometry of the Giant's Causeway to the sarsen slabs used to build Stonehenge, we are surrounded by evidence for the extraordinary geological forces that shaped the British Isles. Running coast to coast through Devon is 'Sticklepath', Britain's 'San Andreas', a geological fault with the two sides displaced horizontally by several kilometres, all within the recent geological past. The Sticklepath Fault is just one manifestation of the rich tectonic history of the British region since the asteroid collision that ended the reign of the dinosaurs, 66 million years ago. Raised out of the Chalk Sea, the original Albion was a thickly forested island a thousand kilometres long, surrounded by chalk cliffs, punctuated with great volcanoes, and the site of two trial 'spreading ridge' plate-boundaries. As the volcanoes shifted west, and Greenland separated from Europe, the wind-blown volcanic ash laid the strata on which London was founded. The vertical Needles, known to every Isle of Wight sailor, are part of the northern foothills of the Pyrenees. When the collision subsided, rifting created a garland of Celtic lakes from Brittany to the Outer Hebrides. In This Volcanic Isle Robert Muir-Wood explores the rich geological history of the British Isles, and its resulting legacy. Along the way he introduces the personalities who shared a fascination for Britain's tectonic history, including Charles Darwin the geologist, Tennyson the science-poet, and Benoit Mandelbrot, the pure mathematician who labelled the west coast of Britain a fractal icon. Here is the previously untold story of how earthquakes and eruptions, plumes and plate boundaries, built the British Isles.

Robert Muir-Wood, Chief Research Officer, Risk Management Solutions, and Visiting Professor, Institute for Risk and Disaster Reduction, University College, London Robert Muir-Wood is head of research at the world's largest catastrophe modelling company, RMS, and a visiting professor at UCL's Institute for Risk and Disaster Reduction. He was a research fellow at the University of Cambridge, and since 1995 has worked commercially in catastrophe risk science and modelling. He was lead author on two IPCC reports. Muir-Wood's work primarily focuses on the history of science, seismotectonics, and probability risk assessment. He is the author of several books including The Dark Side of the Earth: the battle for the Earth Sciences 1800-1980 (1985), and The Cure for Catastrophe: How We Can Stop Manufacturing Natural Disasters (2016).