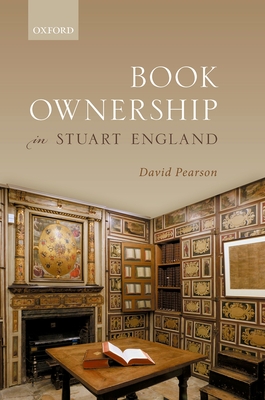 
Not On Our Shelves—Ships in 1-5 Days
This volume provides a wide-ranging account of the development and importance of private libraries and book ownership through the seventeenth century, based upon many kinds of evidence, including examination of thousands of books, and a list of over 1,300 known owners from diverse backgrounds. It considers questions of evolution, contents and size, and motives for book ownership, during a century when growing markets for both new and second-hand books meant that books would be found, in varying numbers, in the homes of all kinds of people from the humble to the wealthy. Book ownership by women, and by non-professional households, is explicitly explored. Other topics include the balance of motivation between books for use, or for display; the relationship between libraries and museums; and cultures of collecting. While presenting a wealth of information in this field, conveniently brought together, this volume also advances methodologies for book history, and makes extensive use of material evidence such as bookbindings. It challenges received wisdom around priorities for studying private libraries, and the terminology which is appropriate to use. In addition, the list of owners, detailed in the Appendix, make this book a work of permanent reference, alongside its value in advancing book history.

David Pearson, Independent Scholar David Pearson retired in 2017 as Director of Culture, Heritage & Libraries for the City of London Corporation. He combined a successful professional career in libraries with an academic profile as a book historian, and his books on provenance and bookbinding history have become standard reference works. He is a Past President of the Bibliographical Society, and teaches regularly on Rare Book Schools around the world. He was Lyell Reader in Bibliography at Oxford, 2017-18, and will be Sandars Reader in Bibliography at Cambridge in 2023.