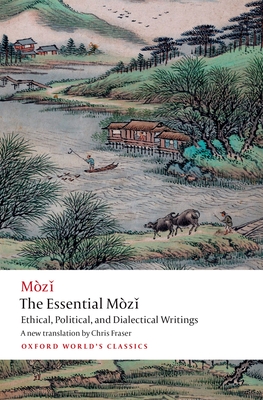 
Not On Our Shelves—Ships in 1-5 Days
'The task of the benevolent person is surely to diligently seek to promote the benefit of the world and eliminate harm to the world' The M zi is among the founding texts of the Chinese philosophical tradition, presenting China's earliest ethical, political, and logical theories. The collected works introduce concepts, assumptions, and issues that had a profound, lasting influence throughout the classical and early imperial eras.
M zi and his followers developed the world's first ethical theory, and presented China's first account of the origin of political authority from a state of nature.
They were prominent social activists whose moral and political reform movement sought to improve the welfare of the common people and eliminate elite extravagance and misuse of power. In this new translation, Chris Fraser focuses on the philosophical aspects of the writing and allows readers to truly enter the Mohists' world of thought. This abridged edition includes the essential political and social topics of concern to this vital movement. Informed by traditional and recent
scholarship, the translation presents the Mohists' ideas and arguments clearly, precisely, and coherently, while accurately reflecting the meaning, terminology, and style of the original.

Mo Zi Chris Fraser is Associate Professor and Chair in the Department of Philosophy at the University of Hong Kong. He is the author of The Philosophy of the Mozi (Columbia, 2016), Late Classical Chinese Thought (Oxford, forthcoming), and many dozen research articles on early Chinese ethics, epistemology, philosophy of language and logic, and philosophy of mind and action. His work can be accessed at cjfraser.net.