Afghan Crucible: The Soviet Invasion and the Making of Modern Afghanistan (Hardcover) 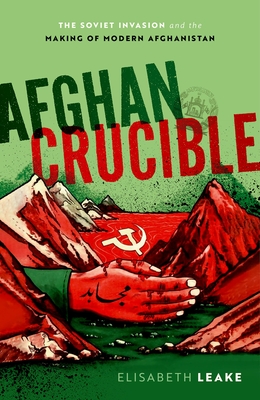 Afghan Crucible: The Soviet Invasion and the Making of Modern Afghanistan (Hardcover)


Not On Our Shelves—Ships in 1-5 Days
A new global history of the Soviet invasion of Afghanistan - an invasion whose consequences are still felt in Afghanistan and across the wider world On 24 December 1979, Soviet armed forces entered Afghanistan, beginning an occupation that would last almost a decade and creating a political crisis that shook the world. To many observers, the Soviet invasion showed the lengths to which one of the world's superpowers would go to vie for supremacy in the global Cold War. The Soviet war, and parallel covert American aid to Afghan resistance fighters, would come to be a defining event of international politics in the final years of the Cold War, lingering far beyond the Soviet Union's own demise. Yet Cold War competition is only a small part of the story. Soviet troops entered a country already at war with itself. A century of debates within Afghanistan over the nature of modern nationhood culminated in a 1978 coup in which self-described Afghan communists pledged to fundamentally reshape Afghanistan. Instead what broke out was a civil war in which Afghans asserted competing models of Afghan statehood. Afghan socialists and Islamists
came to the fore of this conflict in the 1980s, thanks in part to Soviet and American involvement, but they represented a broader movement for local articulations of social and political modernity that did not derive from foreign models. Afghans, in conversation with foreigners, set many of the parameters of the conflict. This sweeping history moves between centres of state in Kabul, Moscow, Islamabad, and Washington, the halls of global governance in Geneva and New York, resistance hubs in Peshawar and Panjshir, and refugee camps scattered across Pakistan's borderlands to tell a story that is much more expansive than the Soviet invasion of Afghanistan - a global history of a moment of crisis not just for Afghanistan or the Cold War but international relations and the postcolonial state.