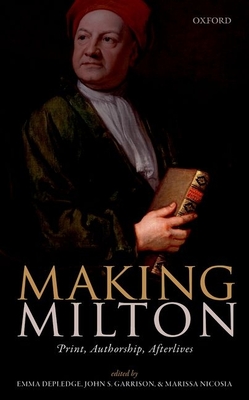 
Not On Our Shelves—Ships in 1-5 Days
This volume consists of fourteen original essays that showcase the latest thinking about John Milton's emergence as a popular and canonical author. Contributors consider how Milton positioned himself in relation to the book trade, contemporaneous thinkers, and intellectual movements, as well as how his works have been positioned since their first publication. The individual chapters assess Milton's reception by exploring how his authorial persona was shaped by the modes of writing in which he chose to express himself, the material forms in which his works circulated, and the ways in which his texts were re-appropriated by later writers. The Milton that emerges is one who actively fashioned his reputation by carefully selecting his modes of writing, his language of composition, and the stationers with whom he collaborated. Throughout the volume, contributors also demonstrate the profound impact Milton and his works have had on the careers of a variety of agents, from publishers, booksellers, and fellow writers to colonizers in Mexico and South America.