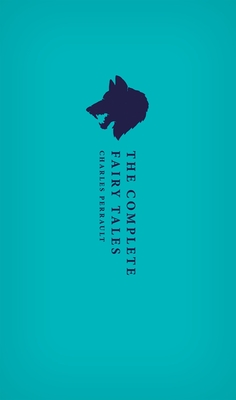 
Not On Our Shelves—Ships in 1-5 Days
"Oh grandmama, what great big teeth you have " Charles Perrault's versions gave classic status to the humble fairy tale, and it is in his telling that the stories of Little Red Riding-Hood, Sleeping Beauty, Cinderella and the rest have been passed down from the seventeenth century to the present day. Perrault's tales were enjoyed in the salons of Louis XIV as much as they were loved in the nursery, and it is their wit, humor, and lively detail that capture the imagination of adult and child alike. They transmute into vivid fantasies the hidden fears and conflicts by which children are affected: fears of abandonment, or worse, conflicts with siblings and parents, and the trials of growing up. In addition to the familiar stories, this edition also includes the three verse tales--the troubling account of patient Griselda, the comic Three Silly Wishes, and the notorious Donkey-Skin. This translation by Christopher Betts captures the tone and flavor of Perrault's world, and the delightful spirit of the originals.

Christopher Betts was a Senior Lecturer in French at the University of Warwick until retirement. He has translated Montesquieu's Persian Letters for Penguin, and Rousseau's Social Contract and Jean de La Fontaine's Selected Fables for Oxford World's Classics.