The Good and the Good Book: Revelation as a Guide to Life (Paperback) 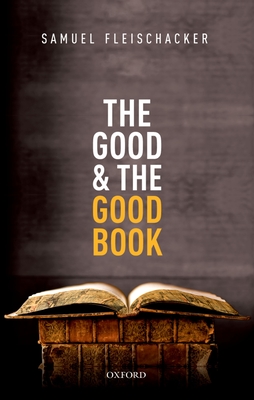 The Good and the Good Book: Revelation as a Guide to Life (Paperback)


Special Order—Subject to Availability
'It is written ..., ' says the believer in a sacred text, and proceeds to justify all manner of terrifying things. Or so runs a popular caricature of religious faith today. Religions that center around a revelation--around a 'good book, ' like the Torah or Gospels or Quran, which is seen as
God's word--are widely regarded as irrational and dangerous: as based on outdated science and conducive to illiberal, inhumane moral attitudes. The Good and the Good Book defends revealed religion and shows how it can be reconciled with science and liberal morality. Samuel Fleischacker invites us to
see revealed texts as aiming to teach neither scientific nor moral doctrines but a vision of what life is about overall. Purely naturalistic ways of thinking, he argues, cannot make much sense of our overall or ultimate good; revealed texts, by contrast, do precisely that. But these texts also need
to be interpreted so as to accord with our independent understanding of morality. A delicate balance is required for this process of interpretation--between respecting the uncanny obscurity of our sacred texts and rendering them morally familiar. The book concludes with an account of how believers
in one religion can respect believers in other religions, and secular people.
Samuel Fleischacker, University of Illinois-Chicago Samuel Fleischacker is a Professor of Philosophy at the University of Illinois-Chicago. His previous work has focused on Enlightenment moral and political thought, especially that of Kant and Adam Smith, and on conceptions of culture, liberalism, and distributive justice. He is the author of DivineTeaching and the Way of the World (OUP, 2011), On Adam Smith's Wealth of Nations: A Philosophical Companion (Princeton University Press, 2004), and A Short History of Distributive Justice (Harvard University Press, 2004), and editor of Heidegger's Jewish Followers (Duquesne University Press, 2008).He is Director of Jewish Studies at the University of Illinois-Chicago.