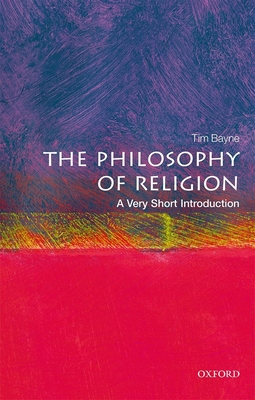 
In Stock—Click for Locations
What is the philosophy of religion? How can we distinguish it from theology on the one hand and the psychology/sociology of religious belief on the other? What does it mean to describe God as eternal? And should religious people want there to be good arguments for the existence of God, or is religious belief only authentic in the absence of these good arguments? In this Very Short Introduction Tim Bayne introduces the field of philosophy of religion, and engages with some of the most burning questions that philosophers discuss. Considering how religion should be defined, and whether we even need to be able to define it in order to engage in the philosophy of religion, he goes on to discuss whether the existence of God matters. Exploring the problem of evil, Bayne also debates the connection between faith and reason, and the related question of what role reason should play in religious contexts. Shedding light on the relationship between science and religion, Bayne finishes by considering the topics of reincarnation and the afterlife. ABOUT THE SERIES: The Very Short Introductions series from Oxford University Press contains hundreds of titles in almost every subject area. These pocket-sized books are the perfect way to get ahead in a new subject quickly. Our expert authors combine facts, analysis, perspective, new ideas, and enthusiasm to make interesting and challenging topics highly readable.