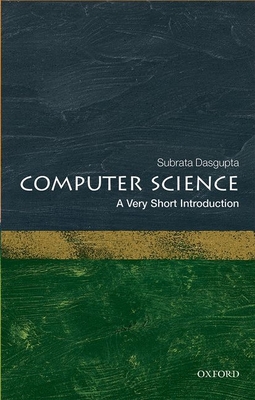 
In Stock—Click for Locations
Over the past sixty years, the spectacular growth of the technologies associated with the computer is visible for all to see and experience. Yet, the science underpinning this technology is less visible and little understood outside the professional computer science community. As a scientific discipline, computer science stands alongside the likes of molecular biology and cognitive science as one of the most significant new sciences of the post Second World War era. In this Very Short Introduction, Subrata Dasgupta sheds light on these lesser known areas and considers the conceptual basis of computer science. Discussing algorithms, programming, and sequential and parallel processing, he considers emerging modern ideas such as biological computing and cognitive modelling, challenging the idea of computer science as a science of the artificial. ABOUT THE SERIES: The Very Short Introductions series from Oxford University Press contains hundreds of titles in almost every subject area. These pocket-sized books are the perfect way to get ahead in a new subject quickly. Our expert authors combine facts, analysis, perspective, new ideas, and enthusiasm to make interesting and challenging topics highly readable.

Professor Subrata Dasgupta holds the Computer Science Trust Fund Eminent Scholar Chair in the School of Computing and Informatics, University of Louisiana at Lafayette. He was previously Dowty Professor of Computer Systems Engineering at University of Manchester Institute of Science and Technology, and has held various visiting positions at universities including Oxford and Cambridge. He has written 14 books on topics of technology, science, and creativity, including It Began with Babbage: the genesis of computer science (OUP, 2014).