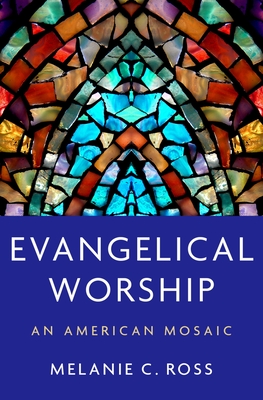 
Not On Our Shelves—Ships in 1-5 Days
Say the words "evangelical worship" to anyone in the United States -- even if they are not particularly religious -- and a picture will likely spring to mind unbidden: a mass of white, middle-class worshippers with eyes closed, faces tilted upward, and hands raised to the sky. Yet despite the centrality of this image, many scholars have underestimated evangelical worship as little more than a manipulative effort to arouse devotional exhilaration. It is frequently dismissed as a reiteration of nineteenth-century revivalism or a derivative imitation of secular entertainment -- three Christian rock songs and a spiritual TED talk. But by failing to engage this worship seriously, we miss vital insights into a form of Protestantism that exerts widespread influence in the United States and around the world. Evangelical Worship offers a new way forward in the study of American evangelical Christianity. Weaving together insights from American religious history and liturgical studies, and drawing on extensive fieldwork in seven congregations, Melanie C. Ross brings contemporary evangelical worship to life. She argues that corporate worship is not a peripheral "extra" tacked on to a fully-formed spiritual, political, and cultural movement, but rather the crucible through which congregations forge, argue over, and enact their unique contributions to the American mosaic known as evangelicalism.

Melanie C. Ross is Associate Professor of Liturgical Studies at Yale Divinity School and Yale Institute of Sacred Music. Her research lies at the intersection of ecumenical liturgical theology, North American evangelicalism, and the worship practices of contemporary congregations.