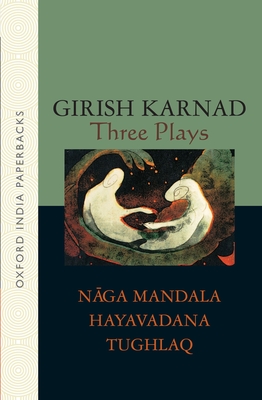 
Special Order—Subject to Availability
(This book cannot be returned.)
These plays represent three phases in the career of the dramatist Girish Karnad, all three are classics of the Indian stage. The first play, Tughlaq, is a historical play in the manner of nineteenth-century Parsee theater. The second, Hayavadana was one of the first modern Indian plays to
employ traditional theatrical techniques. In Naga-Mandala, the third play, Karnad turns to oral tales, usually narrated by women. This selected work of one of India's best known playwrights should attract the attention of students and scholars of comparative literature, or any reader interested in
South Asian literature.