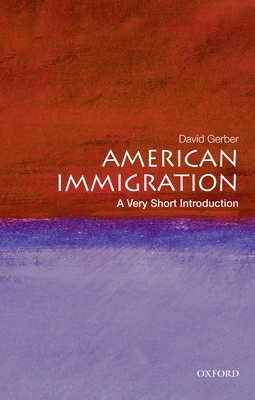 By David A. Gerber


Special Order—Subject to Availability
Americans have come from every corner of the globe, and they have been brought together by a variety of historical processes--conquest, colonialism, the slave trade, territorial acquisition, and voluntary immigration. A thoughtful look at immigration, anti-immigration sentiments, and the
motivations and experiences of the migrants themselves, this book offers a compact but wide-ranging look at one of America's persistent hot-button issues.
Historian David Gerber begins by examining the many legal efforts to curb immigration and to define who is and is not an American, ranging from the Naturalization Law of 1795 (which applied only to free-born white persons) to the Chinese Exclusion Act of 1882, the Emergency Quota Act of 1921,
and the reform-minded Immigration and Nationality Act of 1965, which opened the door to millions of newcomers, the vast majority from Asia and Latin America. The book also looks at immigration from the perspective of the migrant--farmers and industrial workers, mechanics and domestics, highly
trained professionals and small-business owners--who willingly pulled up stakes for the promise of a better life. Throughout, the book sheds light on the relationships between race and ethnicity in the life of these groups and in the formation of American society, and it stresses the marked
continuities across waves of immigration and across different racial and ethnic groups.
A fascinating and even-handed historical account, this book puts into perspective the longer history of calls for stronger immigration laws and the on-going debates over the place of immigrants in American society.

About the Series: Combining authority with wit, accessibility, and style, Very Short Introductions offer an introduction to some of life's most interesting topics. Written by experts for the newcomer, they demonstrate the finest contemporary thinking about the central problems and issues in hundreds
of key topics, from philosophy to Freud, quantum theory to Islam.
David A. Gerber is Distinguished Professor of History at the University at Buffalo. He is the author of The Making of an American Pluralism and Authors of Their Lives.