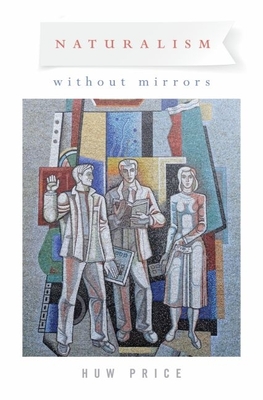 
Special Order—Subject to Availability
This volume brings together fourteen major essays on truth, naturalism, expressivism and representationalism, by one of contemporary philosophy's most challenging thinkers. Huw Price weaves together Quinean minimalism about truth, Carnapian deflationism about metaphysics, Wittgensteinian pluralism about the functions of declarative language, and Rortyian skepticism about representation to craft a powerful and sustained critique of contemporary naturalistic metaphysics. In its place, he offers us not nonnaturalistic metaphysics, or philosophical quietism, but a new positive program for philosophy, cast from a pragmatist mold. This collection will be essential reading for anyone interested naturalism, pragmatism, truth, expressivism, pluralism and representationalism, or in deep questions about the direction and foundations of contemporary philosophy. It will be especially important to practitioners of analytic metaphysics, if they wish to confront the presuppositions of their own
discipline.
Price recommends a modest explanatory naturalism, in the sense of Hume: naturalism about own linguistic behavior, regarded as a behavior of natural creatures in a natural environment. He shows how this viewpoint privileges use and function over truth and reference, and expression over representation, as useful theoretical categories for the core philosophical project; and thereby undermines the semantic presuppositions of contemporary analytic metaphysics. At the same time, it offers an attractive resolution of the so-called "placement problems", that so preoccupy metaphysical naturalists--a global expressivism, with affinities both to the more local expressivism of writers such as Blackburn and Gibbard, and to Brandom's global inferentialism.

Huw Price is ARC Federation Fellow, Challis Professor of Philosophy and Director of the Centre for Time, at the University of Sydney, Australia. His publications include Facts and the Function of Truth Time's Arrow and Archimedes' Point, and a wide range of articles in journals such as The Journal of Philosophy, Mind and Nature. He is a Fellow of the Australian Academy of the Humanities, and a Past President of the Australasian Association of Philosophy.