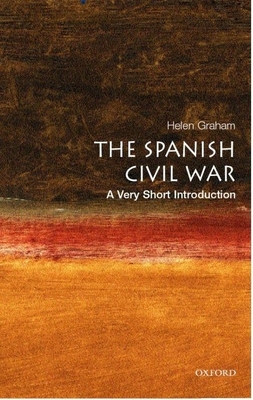 
Backordered
Amid the many catastrophes of the twentieth century, the Spanish Civil War continues to exert a particular fascination among history buffs and the lay-reader alike. This Very Short Introduction integrates the political, social and cultural history of the Spanish Civil War. It sets out the
domestic and international context of the war for a general readership. In addition to tracing the course of war, the book locates the war's origins in the cumulative social and cultural anxieties provoked by a process of rapid, uneven and accelerating modernism taking place all over Europe. This
shared context is key to the continued sense of the war's importance. The book also examines the myriad of political polemics to which the war has given rise, as well as all of the latest historical debates. It assesses the impact of the war on Spain's transition to democracy and on the country's
contemporary political culture. About the Series: Combining authority with wit, accessibility, and style, Very Short Introductions offer an introduction to some of life's most interesting topics. Written by experts for the newcomer, they demonstrate the finest contemporary thinking about the central problems and issues in hundreds
of key topics, from philosophy to Freud, quantum theory to Islam.

Helen Graham is Reader in History at Royal Holloway, University of London and the author of The Spanish Republic at War 1936-1939.