The White Working Class: What Everyone Needs to Know (Hardcover) 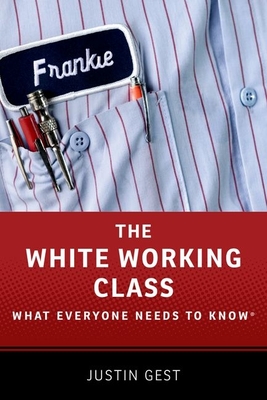 The White Working Class: What Everyone Needs to Know (Hardcover)


Special Order—Subject to Availability
Powered by original field research and survey analysis in the United States and United Kingdom, The White Working Class: What Everyone Needs to Know(R) provides a comprehensive and accessible exploration of white working-class politics and the populism that is transforming the transatlantic social and political landscape. In recent years, the world has been reintroduced to the constituency of white working-class people. In a wave of revolutionary populism, far right parties have scored victories across the transatlantic political world: Britain voted to leave the European Union, the United States elected President Donald Trump to enact an America First agenda, and Radical Right movements are threatening European centrists in elections across the continent. In each case, white working-class people are driving the reaction to the social change brought by globalization. In the midst of this rebellion, a new group consciousness has emerged among the very people who not so long ago could take their political, economic, and cultural primacy for granted. In The White Working Class: What Everyone Needs to Know(R), Justin Gest provides the context for understanding this large group of people. He begins by explaining what white working class means in terms of demographics, history, and geography, as well as the ways in which this group defines itself and has been defined by others. Gest also addresses whether white identity is on the rise, why white people perceive themselves as marginalized, and the roles of racism and xenophobia in white consciousness. Finally, he looks at the political attitudes, voting behavior, and prospects for the future of the white working class. This accessible book provides a nuanced view into the forces driving one of the most complicated and consequential political constituencies today.

Justin Gest is Assistant Professor of Public Policy at George Mason University's Schar School of Policy and Government. He is also the author of The New Minority: White Working Class Politics in an Age of Immigration and Inequality, Apart: Alienated and Engaged Muslims in the West, and soon, Crossroads: Comparative Immigration Regimes in a World of Demographic Change.