The New Minority: White Working Class Politics in an Age of Immigration and Inequality (Hardcover) 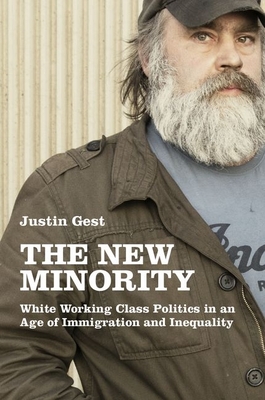 The New Minority: White Working Class Politics in an Age of Immigration and Inequality (Hardcover)


Special Order—Subject to Availability
It wasn't so long ago that the white working class occupied the middle of British and American societies. But today members of the same demographic, feeling silenced and ignored by mainstream parties, have moved to the political margins. In the United States and the United Kingdom, economic disenfranchisement, nativist sentiments and fear of the unknown among this group have even inspired the creation of new right-wing parties and resulted in a remarkable level of support for fringe political candidates, most notably Donald Trump. Answers to the question of how to rebuild centrist coalitions in both the U.S. and U.K. have become increasingly elusive. How did a group of people synonymous with Middle Britain and Middle America drift to the ends of the political spectrum? What drives their emerging radicalism? And what could possibly lead a group with such enduring numerical power to, in many instances, consider themselves a minority in the countries they once defined? In The New Minority, Justin Gest speaks to people living in once thriving working class cities--Youngstown, Ohio and Dagenham, England--to arrive at a nuanced understanding of their political attitudes and behaviors. In this daring and compelling book, he makes the case that tension between the vestiges of white working class power and its perceived loss have produced the unique phenomenon of white working class radicalization.

Justin Gest is Assistant Professor of Public Policy at George Mason University's Schar School of Policy and Government. He is also the author of Apart: Alienated and Engaged Muslims in the West.