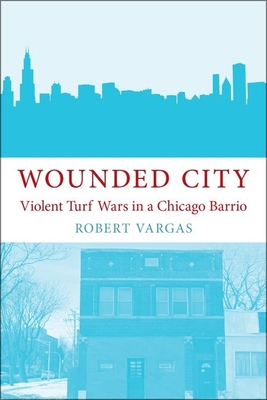 
Not On Our Shelves—Ships in 1-5 Days
(This book cannot be returned.)
In 2009, Chicago spent millions of dollars to create programs to prevent gang violence in some of its most disadvantaged neighborhoods. Yet in spite of the programs, violence has grown worse in some of the very neighborhoods that the violence prevention programs were intented to help. While public officials and social scientists often attribute the violence - and the failure of the programs - to a lack of community in poor neighborhoods, closer study reveals another source of community division: local politics. Through an ethnographic case study of Chicago's Little Village neighborhood, Wounded City dispells the popular belief that a lack of community is the primary source of violence, arguing that competition for political power and state resources often undermine efforts to reduce gang violence. Robert Vargas argues that the state, through the way it governs, can contribute to distrust and division among community members, thereby undermining social cohesion. The strategic actions taken by police officers, politicians, nonprofit organizations, and gangs to collaborate or compete for power and resources can vary block by block, triggering violence on some blocks while successfully preventing it on others. A rich blend of urban politics, sociology, and criminology, Wounded City offers a cautionary tale for elected officials, state agencies, and community based organizations involved with poor neighborhoods.

Robert Vargas is Assistant Professor of Sociology at the University of Notre Dame.