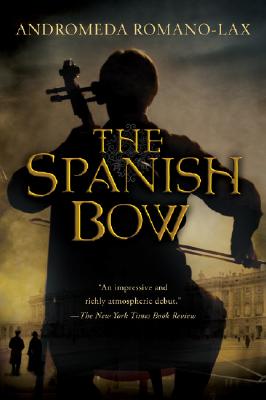 
Not On Our Shelves—Ships in 1-5 Days
"I was almost born Happy." So begins The Spanish Bow and the remarkable history of Feliu Delargo, who just misses being "Feliz" by a misunderstanding at his birth, which he barely survives. The accidental bequest of a cello bow from his dead father sets Feliu on the course of becoming a musician, unlikely given his beginnings in a dusty village in Catalonia. When he is compelled to flee to anarchist Barcelona, his education in music, life, and politics begins. But it isn’t until he arrives at the court of the embattled monarchy in Madrid that passion enters the composition with Aviva, a virtuoso violinist with a haunted past. As Feliu embarks on affairs, friendships, and rivalries, forces propelling the world toward a catastrophic crescendo sweep Feliu along in their wake.The Spanish Bow is a haunting fugue of music, politics, and passion set against half a century of Spanish history, from the tail end of the nineteenth century up through the Spanish Civil War and World War II.

ANDROMEDA ROMANO-LAX has been a journalist, a travel writer, and a serious amateur cellist. Her fiction includes The Spanish Bow, The Detour, and Behave. She lives in Anchorage, Alaska, with her family.

PRAISE FOR THE SPANISH BOW "Ambition, imagination, and luck are equal components of art and, this book seems to suggest, of political life. By choosing the bow, his father's accidental gift, Feliu opens a 'world of tastes and sensations' far more enduring than the toy of the moment, and Romano-Lax makes an impressive and richly atmospheric debut."—The New York Times Book Review —