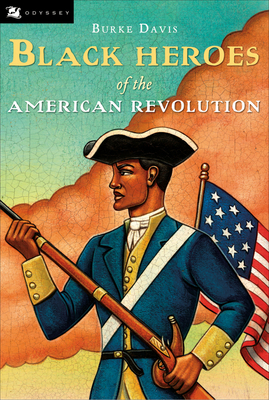 
Backordered
Crispus Attucks is known as the escaped slave whose freedom ended when he died in the Boston Massacre, but there are many other lesser-known black men and women who made enormous contributions to U.S. independence. Readers will discover Edward Hector, the brave wagoner of Brandywine; artilleryman and slave Austin Dabney; William Lee, the aide and closest companion of George Washington throughout the war; and many others.
Includes a bibliography, a foreword by Senator Edward W. Brooke, and an index.

BURKE DAVIS (1913–2006) was a historian and noted author associated with the Colonial Williamsburg Foundation. He wrote more than thirty books, many about the colonial period in American history, and received many accolades.

"In a very readable style, the author relates the stories of a few of the approximately 5,000 black soldiers who participated in the Revolution, emphasizing their unselfishness fighting a war from which few would substantially benefit."--School Library Journal —