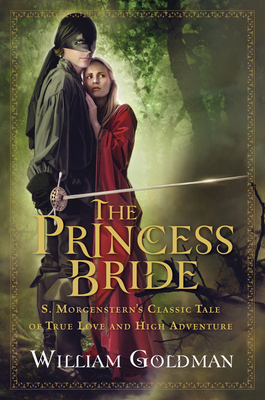 This tale of true love, high adventure, pirates, princesses, giants, miracles, fencing, and a frightening assortment of wild beasts was unforgettably depicted in the 1987 film directed by Rob Reiner and starring Fred Savage, Robin Wright, and others. But, rich in character and satire, the novel boasts even more layers of ingenious storytelling. Set in 1941 and framed cleverly as an “abridged” retelling of a centuries-old tale set in the fabled country of Florin, home to “Beasts of all natures and descriptions. Pain. Death. Brave men. Coward men. Strongest men. Chases. Escapes. Lies. Truths. Passions.”

William Goldman's modern fantasy classic is an exceptional story about quests—for riches, revenge, power, and, of course, true love—that's thrilling and timeless for readers of all ages.

WILLIAM GOLDMAN (1931-2018) wrote books and movies for more than fifty years. He won two Academy Awards (for Butch Cassidy and the Sundance Kid and All the President's Men), and three Lifetime Achievement Awards in screenwriting.

PRAISE FOR THE PRINCESS BRIDE

"[Goldman's] swashbuckling fable is nutball funny . . . A 'classic' medieval melodrama that sounds like all the Saturday serials you ever saw feverishly reworked by the Marx Brothers." --Newsweek

"One of the funniest, most original, and deeply moving novels I have read in a long time." --Los Angeles Times —