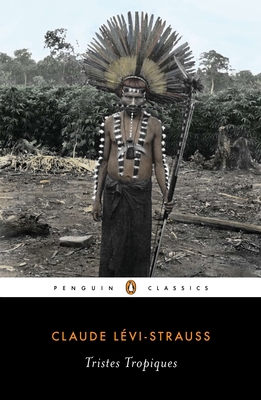 This watershed work records Claude Lévi-Strauss's search for "a human society reduced to its most basic expression." From the Amazon basin through the dense upland jungles of Brazil, Lévi-Strauss found the societies he was seeking among the Caduveo, Bororo, Nambikwara, and Tupi-Kawahib. More than merely recounting his time in their midst, Tristes Tropiques places the cultural practices of these peoples in a global context and extrapolates a fascinating theory of culture that has given the book an importance far beyond the fields of anthropology and continental philosophy. The author's fresh approach, sense of humor, and openness to the sensuous mystique of the tropics make the scientific thrust of the book eminently accessible.

Claude Levi-Strauss (1908-2009), the founder of structural anthropology, was born in Belgium and studied at the University of Paris. A member of the French Academy, he authored numerous works, including Structural Anthropology, The Savage Mind, and Myth and Meaning.

Patrick Wilcken is the author of Claude Levi-Strauss: The Father of Modern Anthropology. He lives in London.

John Weightman (1915-2004) and Doreen Weightman (d. 1985) together translated several important anthropological works of Claude Levi-Strauss and a book about Rousseau by Jean Guehenno.