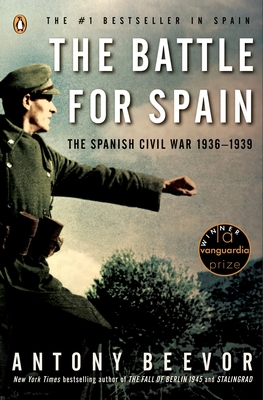 To mark the 70th anniversary of the Spanish Civil War's outbreak, Antony Beevor has written a completely updated and revised account of one of the most bitter and hard-fought wars of the twentieth century. With new material gleaned from the Russian archives and numerous other sources, this brisk and accessible book (Spain's #1 bestseller for twelve weeks), provides a balanced and penetrating perspective, explaining the tensions that led to this terrible overture to World War II and affording new insights into the war-its causes, course, and consequences.
Antony Beevor was educated at Winchester and Sandhurst. A regular officer in the 11th Hussars, he served in Germany and England. He has published several novels, and his works of nonfiction include The Spanish Civil War; Crete: The Battle and the Resistance, which won the 1993 Runciman Award; Stalingrad: The Fateful Siege: 1942—1943; and Berlin: The Downfall, 1945. With his wife, Artemis Cooper, he wrote Paris: After the Liberation: 1944—1949. His book Stalingrad was awarded the Samuel Johnson Prize for Non-Fiction, the Wolfson History Prize, and the Hawthornden Prize in 1999.
This book is destined for the first rank of general histories of the [Spanish] Civil War. (Santos Juliß, El Pafs)