The City of Falling Angels (Paperback) 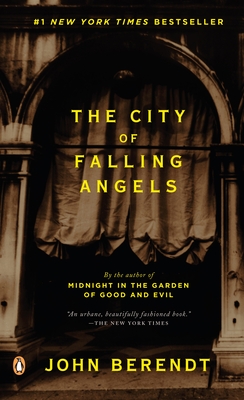 The City of Falling Angels (Paperback)


Not On Our Shelves—Ships in 1-5 Days
A #1 New York Times Bestseller!

Twelve years ago, Midnight in the Garden of Good and Evil exploded into a monumental success, residing a record-breaking four years on the New York Times bestseller list (longer than any work of fiction or nonfiction had before) and turning John Berendt into a household name. The City of Falling Angels is Berendt's first book since Midnight, and it immediately reminds one what all the fuss was about. Turning to the magic, mystery, and decadence of Venice, Berendt gradually reveals the truth behind a sensational fire that in 1996 destroyed the historic Fenice opera house. Encountering a rich cast of characters, Berendt tells a tale full of atmosphere and surprise as the stories build, one after the other, ultimately coming together to portray a world as finely drawn as a still-life painting.
John Berendt has been a columnist for Esquire and the editor of New York magazine, and is the author of Midnight in the Garden of Good and Evil, which was a finalist for the 1995 Pulitzer Prize in general nonfiction.
Funny, insightful, illuminating . . . [Venice] reveals itself, slowly, discreetly, under Berendt's gentle but persistent prying. —The Boston Globe

Berendt has given us something uniquely different . . . . Thanks to [his] splendid cityportrait, even those of us far from Venice can marvel. —The Wall Street Journal