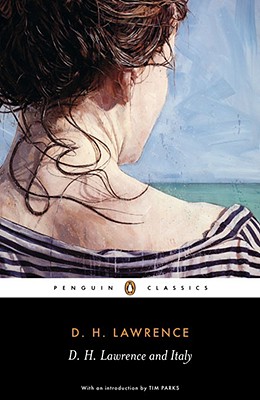 
Special Order—Subject to Availability
In these impressions of the Italian countryside, Lawrence transforms ordinary incidents into passages of intense beauty. Twilight in Italy is a vibrant account of Lawrence's stay among the people of Lake Garda, whose decaying lemon gardens bear witness to the twilight of a way of life centuries old. In 'Sea and Sardinia', Lawrence brings to life the vigorous spontaneity of a society as yet untouched by the deadening effect of industrialization. And 'Etruscan Places' is a beautiful and delicate work of literary art, the record of 'a dying man drinking from the founts of a civilization dedicated to life.'

For more than seventy years, Penguin has been the leading publisher of classic literature in the English-speaking world. With more than 1,700 titles, Penguin Classics represents a global bookshelf of the best works throughout history and across genres and disciplines. Readers trust the series to provide authoritative texts enhanced by introductions and notes by distinguished scholars and contemporary authors, as well as up-to-date translations by award-winning translators.
D.H. Lawrence (1885-1930), English novelist, storywriter, critic, poet and painter, one of the greatest figures in 20th-century English literature. Among his works, Sons and Lovers appeared in 1913, The Rainbow in 1915, Women In Love in 1920, and many others.