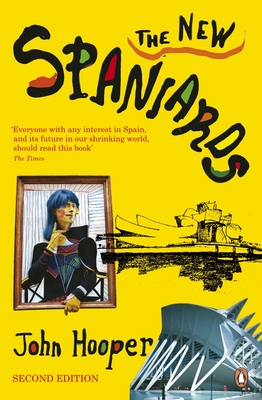 
Backordered
A fully revised, expanded and updated edition of this masterly portrayal of contemporary Spain. The restoration of democracy in 1977 heralded a period of intense change that continues today. Spain has become a land of extraordinary paradoxes in which traditional attitudes and contemporary preoccupations exist side by side. Focussing on issues which affect ordinary Spaniards, from housing to gambling, from changing sexual mores to rising crime rates. John Hooper's fascinating study brings to life the new Spain of the twenty-first century.
John Hooper's experience as a foreign correspondent spans more than 25 years. He has lived in every major capital in western Europe - Paris, Madrid, Rome and Berlin - and speaks fluently all five major languages of western Europe. John Hooper is currently Rome correspondent for The Economist and the Guardian.
Unputdownable . . . A must for anyone . . . who wants to know what Spain is really like. (New Statesman, London)

Hooper . . . not only knows where Spain has been in recent decades and centuries, but he also has an impressively authoritative view of where exactly it is today and where it is headed. (The Washington Post)