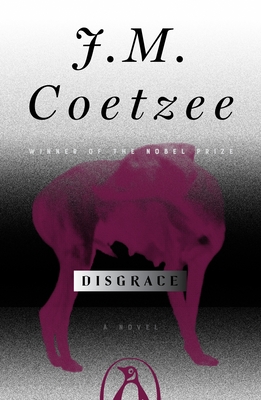 
Not On Our Shelves—Ships in 1-5 Days
From the Winner of the Nobel Prize in Literature. J.M. Coetzee's latest novel, The Schooldays of Jesus, is now available from Viking. Late Essays: 2006-2016 will be available January 2018.

"Compulsively readable... A novel that not only works its spell but makes it impossible for us to lay it aside once we've finished reading it." —The New Yorker

At fifty-two, Professor David Lurie is divorced, filled with desire, but lacking in passion. When an affair with a student leaves him jobless, shunned by friends, and ridiculed by his ex-wife, he retreats to his daughter Lucy's smallholding. David's visit becomes an extended stay as he attempts to find meaning in his one remaining relationship. Instead, an incident of unimaginable terror and violence forces father and daughter to confront their strained relationship and the equallity complicated racial complexities of the new South Africa.

Born in Cape Town, South Africa, on February 9, 1940, John Michael Coetzee studied first at Cape Town and later at the University of Texas at Austin, where he earned a Ph.D. degree in literature. In 1972 he returned to South Africa and joined the faculty of the University of Cape Town. His works of fiction include Dusklands, Waiting for the Barbarians, which won South Africa’s highest literary honor, the Central News Agency Literary Award, and the Life and Times of Michael K., for which Coetzee was awarded his first Booker Prize in 1983. He has also published a memoir, Boyhood: Scenes From a Provincial Life, and several essays collections. He has won many other literary prizes including the Lannan Award for Fiction, the Jerusalem Prize and The Irish Times International Fiction Prize. In 1999 he again won Britain’s prestigious Booker Prize for Disgrace, becoming the first author to win the award twice in its 31-year history. In 2003, Coetzee was awarded the Nobel Prize in Literature.
“Disgrace is not a hard or obscure book—it is, among other things, compulsively readable—but what it may well be is an authentically spiritual document, a lament for the soul of a disgraced century.”—The New Yorker

“A subtly brilliant commentary on the nature and balance of power in his homeland…. Disgrace is a mini-opera without music by a writer at the top of his form.”—Time

“Mr. Coetzee, in prose lean yet simmering with feeling, has indeed achieved a lasting work: a novel as haunting and powerful as Albert Camus’s The Stranger.”—The Wall Street Journal