The Bone People: A Novel (Paperback) 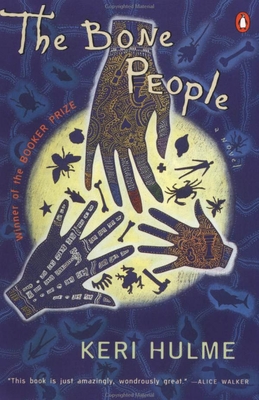 The Bone People: A Novel (Paperback)


In Stock—Click for Locations
The powerful, visionary, Booker Award–winning novel about the complicated relationships between three outcasts of mixed European and Maori heritage

In a tower on the New Zealand sea lives Kerewin Holmes: part Maori, part European, asexual and aromantic, an artist estranged from her art, a woman in exile from her family. One night her solitude is disrupted by a visitor—a speechless, mercurial boy named Simon, who tries to steal from her and then repays her with his most precious possession. As Kerewin succumbs to Simon’s feral charm, she also falls under the spell of his Maori foster father Joe, who rescued the boy from a shipwreck and now treats him with an unsettling mixture of tenderness and brutality. Out of this unorthodox trinity Keri Hulme has created what is at once a mystery, a love story, and an ambitious exploration of the zone where indigenous and European New Zealand meet, clash, and sometimes merge.

Winner of both a Booker Prize and Pegasus Prize for Literature, The Bone People is a work of unfettered wordplay and mesmerizing emotional complexity.

Keri Hulme (1947-2021): The Maori novelist, poet, and short story writer who became the first New Zealander to win the Booker Prize for this luminous debut novel. She  grew up in Christchurch and Moeraki, New Zealand. She spent much of her time smoking a pipe or cigarillos, playing the guitar, painting, fishing, eating, drinking and cooking. She began two additional novels, each running to hundreds of pages, but they were never finished.

"...a huge, ambitious work that aspires to portray the clash between Maori and European cultures..." -- The New York Times

“An original, overwhelming, near-great work of literature.”
—The Washington Post

"In this novel, New Zealand's people, its heritage and landscape are conjured up with uncanny poetry and perceptiveness."-- Sunday Times (London)