Building the Greenland Kayak: A Manual for Its Contruction and Use (Paperback) 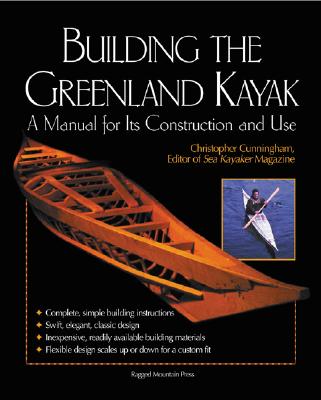 Building the Greenland Kayak: A Manual for Its Contruction and Use (Paperback)

This step-by-step guide to building a lashed-frame, fabriccovered sea kayak is both a means to a sleek, fast, universally admired boat and an excellent introduction to woodworking and boatbuilding for hobbyists. The Inuit design scales up or down to fit the paddler and can be built using $150 worth of hardware-store materials, a few basic tools, and a minimal investment of time. Also included: plans for a low-volume version designed for Eskimo rolling; an especially stable version for children; and discussions of kayaking equipment, paddling, and rolling techniques.

Christopher Cunningham has been the editor of Sea Kayaker magazine since 1989 and has been building kayaks since 1979. He has taught Greenland kayak construction at the WoodenBoat School and has built scale models of traditional kayaks for the Alaska State Museum. His Greenland kayak construction and paddling skills have been documented in several videos, and he has lectured on and demonstrated those skills in North America and Europe.