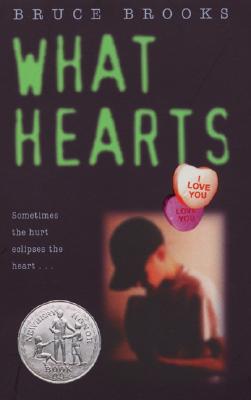 Recipient of a 1993 Newbery Honor, this novel is an achingly beautiful, powerfully rendered journey through childhood that is not to be missed, now available in a new edition with a striking new cover.

“From an outstandingly perceptive writer, a moving portrait of a boy, observed at four revealing turning points.” -- Pointer Review/Kirkus Reviews

“Combines fast, exciting action with an astonishing ending that proves the power of the individual imagination.” -- Starred Review/ALA Booklist

"Asa—possessed of rare sweetness, humor, and inner strength—survives intact cruel tests of his integrity, intellect, and sense of decency. From an outstandingly perceptive writer, a moving portrait of a boy, observed at four revealing turning points." —K. "Told with controlled imagery, insightful illumination of motive and the needs of his characters, Brooks has proven himself once again a master of language." —BL.

Bruce Brooks was born in Virginia and began writing fiction at age ten. He graduated from the University of North Carolina at Chapel Hill in 1972 and from the University Of Iowa Writer's Workshop in 1980. He has worked as a newspaper reporter, a magazine writer, newsletter editor, movie critic, teacher and lecturer.

Bruce Brooks has twice received the Newbery Honor, first in 1985 for Moves Make the Man, and again in 1992 for What Hearts. He is also the author of Everywhere, Midnight Hour Encores, Asylum for Nightface, Vanishing, and Throwing Smoke. He lives in Brooklyn, NY.