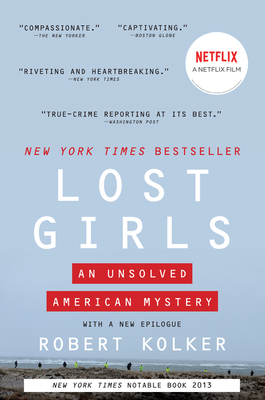 The bestselling account of the lives of five young women whose fates converged in the perplexing case of the Long Island Serial Killer. Now updated, with a new epilogue by the author.

One late spring evening in 2010, Shannan Gilbert—after running through the oceanfront community of Oak Beach screaming for her life—went missing. No one who had heard of her disappearance thought much about what had happened to the twenty-four-year-old: she was a Craigslist escort who had been fleeing a scene—of what, no one could be sure. The Suffolk County police, too, seemed to have paid little attention—until seven months later, when an unexpected discovery in a bramble alongside a nearby highway turned up four bodies, all evenly spaced, all wrapped in burlap. But none of them Shannan’s.

There was Maureen Brainard-Barnes, last seen at Penn Station in Manhattan three years earlier, and Melissa Barthelemy, last seen in the Bronx in 2009. There was Megan Waterman, last seen leaving a hotel in Hauppauge, Long Island, just a month after Shannon’s disappearance in 2010, and Amber Lynn Costello, last seen leaving a house in West Babylon a few months later that same year. Like Shannan, all four women were petite, in their twenties, and had come from out of town to work as escorts, and they all had advertised on Craigslist and its competitor, Backpage.

Lost Girls is a portrait of unsolved murders in an idyllic part of America, of the underside of the Internet, and of the secrets we keep without admitting to ourselves that we keep them. Long considered “one of the best true-crime books of all time” (Time), this edition includes a new epilogue that speaks to developments in the case, including the shocking fate of Mari Gilbert, Shannan’s mother, for whom this case became the crusade of a lifetime.

“Kolker is a careful writer and researcher...[he paints] a far more nuanced picture of each young woman than any screaming headline could.” — Miami Herald

“Through extensive interviews with the victims’ families and friends, Kolker creates compassionate portraits of the murdered young women, and uncovers the forces that drove them from their respective home towns into risky, but lucrative, careers as prostitutes in a digital age.” — New Yorker

“Robert Kolker unflinchingly probes the 21st-century innovations that facilitated these crimes… ...An important examination of the socioeconomic and cultural forces that can shape a woman’s entry into prostitution.” — Kirkus Reviews