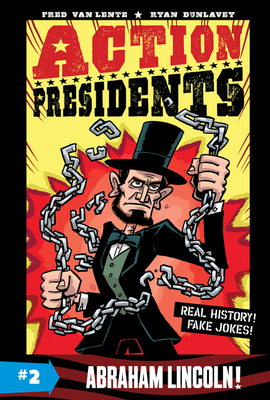 This is book number 2 in the Action Presidents series.

U.S. history comes to life like never before in this full-color graphic novel! We all know that Abraham Lincoln gave the historic Gettysburg Address and ended the Civil War. But did you also know that he never went to college, was a licensed bartender, and kept important documents in his famous top hat?