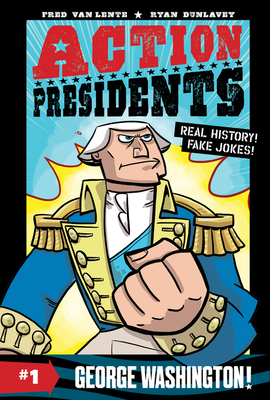 This is book number 1 in the Action Presidents series.

U.S. history comes to life like never before in this full-color graphic novel! We all know that George Washington was our first President and a hero of the American Revolution. But did you also know that he didn’t want to be president, never thought he would fight in a war, and had teeth so bad that he hated to smile?